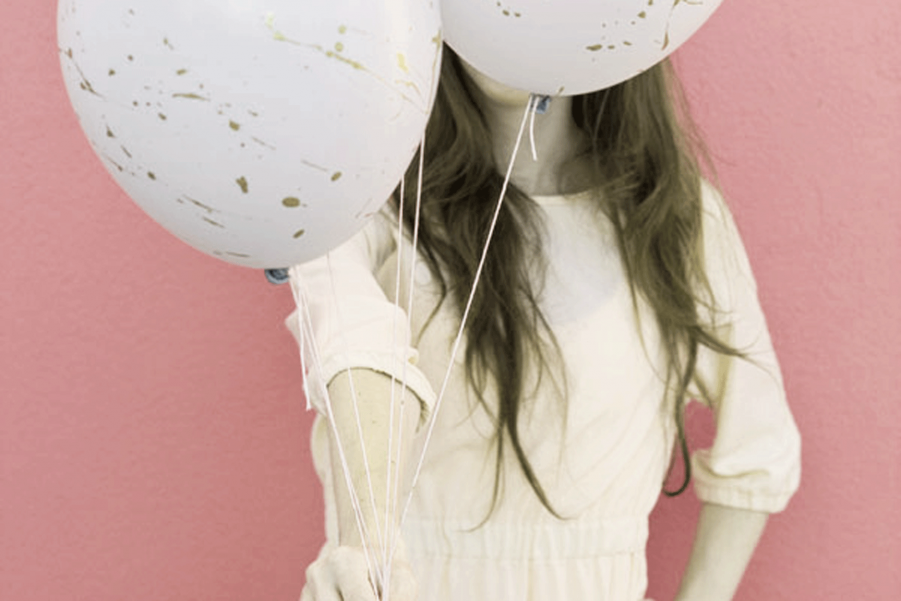 We had so much fun at my son’s birthday party with all the kids! It was a very nice, but also a very busy day. So many impressions for my son, and all these kids, but for him there was also this idea that he is now a year older and again a bit of a bigger kid. Children may be enjoying themselves, but there are also many impressions to be processed after such a busy day! And growing up is exciting and also scary in a way: now that I’m older, what is expected of me now? Can I still be small sometimes? Or can I no longer do this or that?

The birthday party was of course not only a busy day for my son, but also for me. And I do not have to tell you that that was a different kind of  busy for me than for him! And I’m well aware that my life becomes a lot EASIER when I then plan a quiet day after such a busy day, in which I do not have to do anything at all.

The party was also not a stand-alone event, but more of an “icing on the cake” after a few energetic days around his birthday that week, because of course there was also taking a treat to school (a Dutch habit in which the birthday-king or queen brings a (healthy) snack or little mini gift for their classmates), which is also exciting and fun but also means that there’s a lot of impressions to process! So yes, if it has been very busy, like now, I prefer to plan a calm day, so my boy can also enter the new week refreshed instead or worn out.

So why am I doing that?

I plan in such a day because I know that we both need to:

(2) Reconnect with each other,

After a very busy day (or number of days) I prefer not to plan too many things, because if I plan my day full, there is not only less time left for the 3 things from the list above, also there’ll be actually a kind of planning of the day and that means there’s a little bit of time pressure and I have to organise again.

I think it’s great (and children really like it too!) to be able now and then to be able to get lost a little in time, in the present, and this is possible on such a calm day. To not have to think about time too much. This time, it became a very relaxed, cozy and in the end productive day. For example, we had even done things like groceries, without stress or tantrums.

2. Connect with each other

In addition, my son and I were both mainly busy with our own stuff at the party. I (with his father and some help from dear parents) was busy with the organisation, talking with the parents, the food and “managing” the children with eating and attention. While my son was happily playing with his friends and girlfriends during his party. But there was not so much connection between us! That is why I wanted to restore the connection the next day and first of all played with him. We did some “free play”, which means that a parent follows a child. This is an ideal way to restore the connection between an adult and a child. And it also fills up children’s need for connection. If that need is filled, it helps children to feel safe and balanced.

Therefore, “following your child” in free play means that you do not lecture your child. So ‘follow’ is really .. ‘follow’ (Yes, it can be difficult sometimes!). You can make suggestions of course, but in the end your child is the one who determines. So we had a long free-play session and we played with his lego, cuddled very much, read a book together and much more. After it, we both felt very connected to each other. He always becomes extra cuddly!

Know that there are many other forms of play possible, all very ‘effective’. (I discuss these extensively (when to play them, how to play them and why) in my workshop The Secret Language of Play).

My son had a lot of fun at his party, but also a lot happened in such a short time. The kids were running and playing happily, but it was also a busy afternoon. There were several friends to play with, there was ecstatic pleasure, it was in general exciting to have a birthday party all for you, to be in the center of attention and then all the presents that were wrapped up and unpacked .. What would be inside the presents? Each of those elements on its own evoked feelings in him during the day. Happy feelings, feelings of excitement, feelings of sadness when an element of a gift appeared to be lost..

And at the end of the party, all children had red cheeks! I expected, after such a intense day, after an already intense week, a big cry the next day, in which all his feelings would pour out. And yes, that afternoon, after playing together, outside on the sidewalk, he got the tantrum that I had expected. It actually started when crossing a busy street. I noticed before crossing already that the tension in him and in the air between us rose.

My first thought was “oh not now!” And first I hoped that I could convince him to come along without a fuzz. But I soon saw that I was going against the grain and that the crying was inevitable. I knew I’d better take some time to listen, instead of letting all my energy flow away in an attempt to “try to move a stone wall”. And instead of opposing him, I chose to connect with him and with his feelings, to help him offload his stress. And this time I connected with him through empathic listening. Play and empathetic listening are 2 Aware Parenting tools and are 2 of the many great alternatives for time-outs and rewards!

The sun was shining, so I sat quietly beside him on the pavement, as I had done so many times, outside, in restaurants, on terraces, in public transport and in the supermarket, and I quietly listened in presence and connection to his grief, while people passed us, cars passed us and people in their homes could hear his grief.

And after 10 minutes of a full blown cry, he got up and was back into his good mood. Singing and everything! If I had tried to fix it, to solve it, to convince him that it was not so bad or that we were going to do something nice, would have punished him for crying and nagging, given him a time-out, distracted him with candy or other rewards, or would have just left him crying alone, the stress in his body would still be somewhere in his body. It would probably have been dragged around with us, the rest of the day in the form of a restless boy, being hyperactive and easily angry, because his feelings and stress would still be stuck in his body. But now that I had listened and all the stress and sorrow was out, he was lighter, back in a good mood and he enjoyed helping me out. So we could do some nice things like have a drink somewhere in a cafe and we were also able go to the supermarket together, where my boy was happily buying vegetables and other things!

I invite you to try out the above 3 things from this article yourself! Sometimes you have enough time for half a day of rest, sometimes you need a whole day. It is something you’ll need to assess and see what is needed and possible. And yes, sometimes those 3 steps are not easy and none of the 3 steps seem to be succeeding! This may be due to the way you’re doing something (like how you are playing) or how you interpret the behaviour of your child. It is also possible that you have certain blocks inside of you or might be stuck in certain old patterns, that prevent you from succeeding or not even being able to take one of the 3 steps!

In that case, know that it is my passion to help you:

I do this with lots of love in my Workshop “Parenting with Patience” (for moms) and also in my 1-1 sessions where I counsel & coach you as a parent to be the parent you want to be! (And of course, as you know from me, without time-outs, without sleep training and without reward-systems!). So please e-mail me to ask when there will be another workshop or want to book a free introductory session! 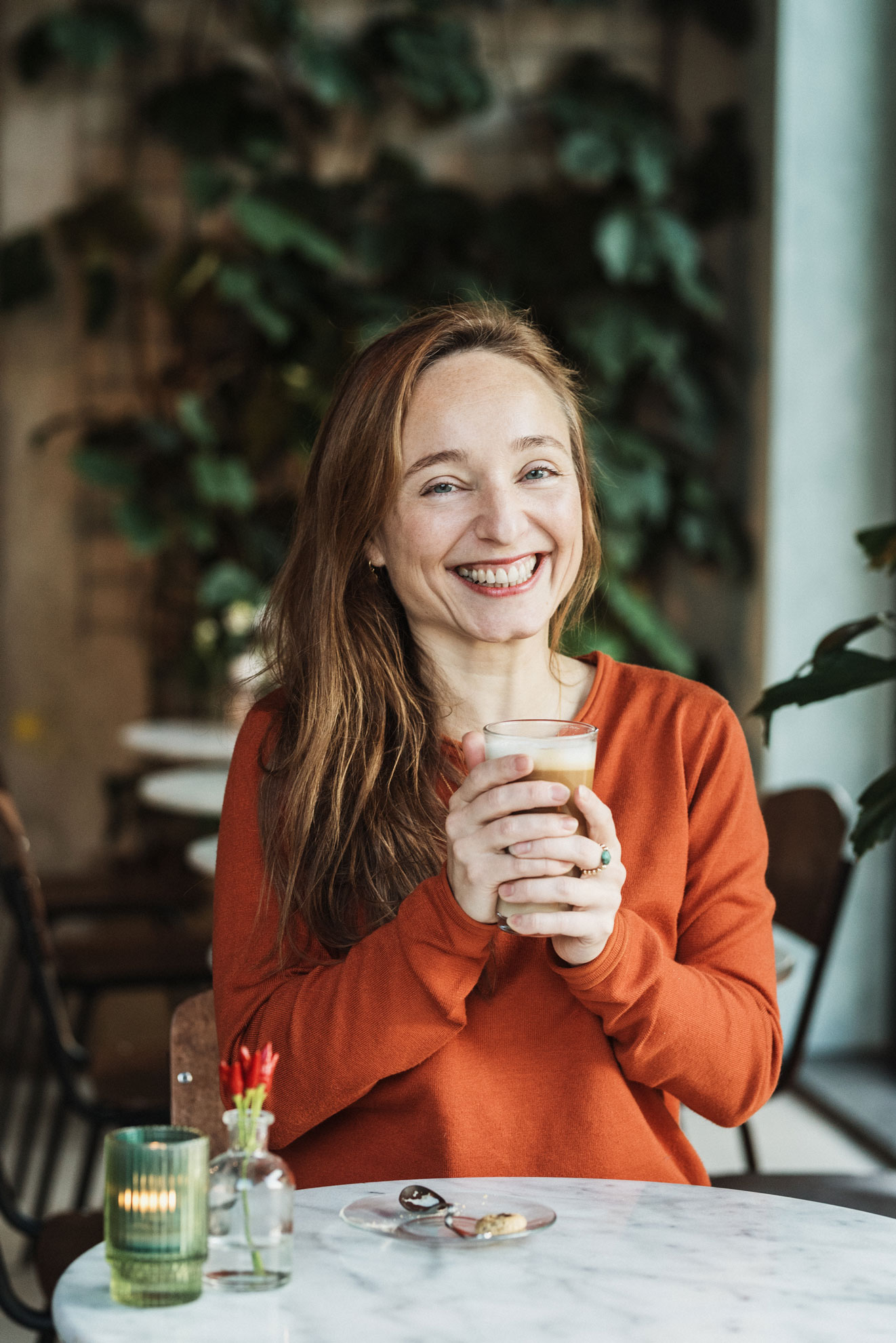 Hi! I'm Chris Muller, MSc, BTA, and I'm a passionate psychologist, counsellor in Transactional Analysis and Aware Parenting Instructor level 2 in Amsterdam. I offer Aware Parenting Workshops and 1-on-1 coaching and guidance (In my practice and through video-calls). It's my passion to support you to have joy, understanding and connection with your child and with yourself! Xx