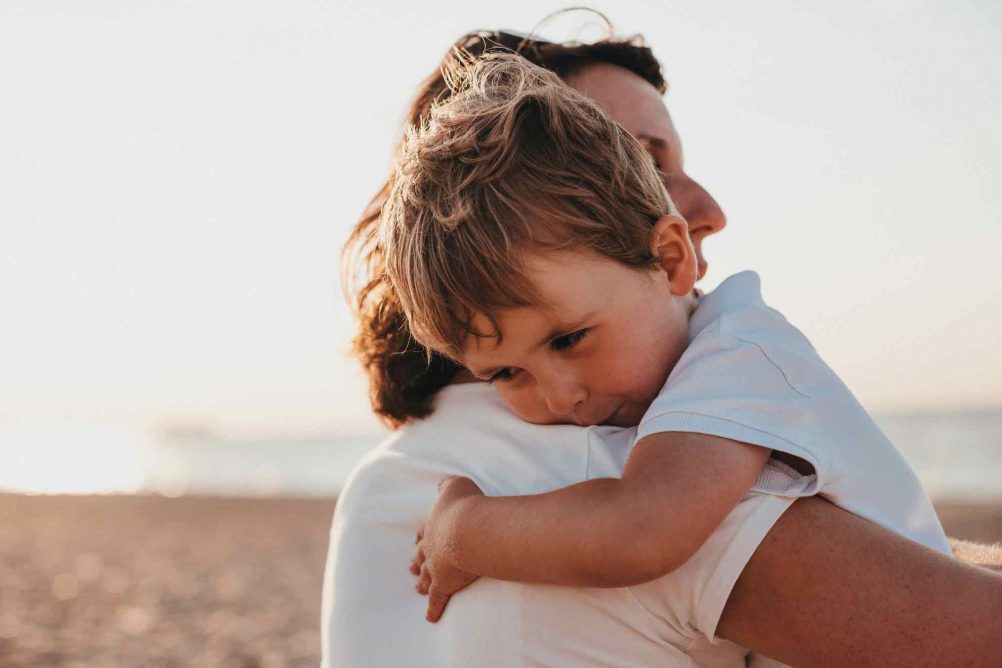 Oh my, do you know these moments? You know, when your child wants to be stuck & stick to you all the time and you can not move a centimeter? That someone literally clings onto your leg? That you feel that you need to take a moment and have a little bit of space? Have you ever had that << Test First Name >>? Well. I do. It sometimes happens to me.

And that happened to us a while ago too. My son was “stuck” to me all morning. I noticed that there was a “compulsion” behind it. it felt like the pressure in the air, just before a thunderstorm.

That morning, we went to eat pancakes with friends. I was 2 chairs away but he wanted me to sit next to him. So I did. And to clarify: “next” was really besides him. On the same mini bench. Not half a meter away and not in the seat next to him. He did not want to deviate from my side for a second.

Then we went to a children’s party and there were fun climbing frames. I had told my son beforehand, that I would leave the party at a certain moment, because I had to go to work. He absolutely did not want that. I had to promise him that I would stay.

And to make sure that I would actually do that, at the party he wanted me to sit next to him on the couch. So I did. Again, I had to promise that I would not leave.

A little later he walked away to a climbing frame. I could see him from the bench. But 3 meters was too far for him in this mood. He came back to the bench and wanted me to look at him from 1 meter away. I walked along and lovingly looked at him.

After a while I thought he was okay, so I walked back to our table nearby, to take a sip of tea. I could still see him. As I felt the warm drink flowing into my body … my little man came running towards me, crying and totally upset.

He stuck his head against my chest. “You’re not looking mama!”

Now, I could have done a few things:

Punishing myself with judgments and feelings of guilt. “I’m such a bad mother, that I didn’t keep watching him”.

Feeling concerned that I have a loudly crying child that might bother others.

Trying frantically to reassure him that I’m going to watch him and lift him up, taking him back to the climbing frame, to convince him that I would watch and not leave.

Accept the kind offer of a friend (who offered a cookie) and hope that it would settle his tantrum.

But I did not do any of it. Instead, I stayed with him as we sat. I wrapped my arms lovingly around him. I was mostly quiet. He was crying. I listened. Of course I also told that I would come to watch. But I mainly listened.

After 5 minutes he stopped crying and said “NOW you have to come and watch me climb!”. I said “Ok”. But I noticed his angry tone and saw in his face that he still had some grief.

He ran away. I stood up and just took one more sip of tea. Before I could walk towards the climbing rack, I saw him back again. Crying. Angry. “You are not coming NOW-NOW!”

I walked up to him and he threw himself into my arms crying. We were now together in a narrow aisle and people were trying to pass us. I let him cry in my arms in the aisle.

After a few minutes I noticed that he was returning to a state of calm. And indeed, when he regained his calm, he ran away. He did ask me to come along, but the energy was more calm and less ‘forceful’. Now I knew he was ok. I walked along to the climbing rack .. and that’s when he said, “Mmmm, I’m going to another climbing rack, you can sit mommy.”

And while I sat there, he came to me 10 minutes later and he gave me a big hug. We said goodbye and after that I walked away from the party to a work appointment, having peace of mind he was ok. All was good.

But I know that if I had done 1 of the 4 things above, I would have made it harder for both of us. His grief would not have had the opportunity to come out and I could not have gone away to work… or I would have left with a heavy heart!

But fortunately, I knew what was going on beneath the surface with him.. A few days before, I returned home from abroad. That week abroad, I had had some me-time while he was with his father. And there were lots of feelings around this.

So his behavior was clear to me; he had missed me. And the sadness “that I was not looking at him at the climbing rack” actually was about that week. His grief about it, had not been processed yet and it wanted to get out and be heard, lovingly. The preludes were there all morning. Like the feeling of a thunderstorm that’s hanging in the air.

And if I had tried to stop his grief, I would not have given him the chance to deal with the feeling of separation of that week. But instead I did help him grief and just like after a thunderstorm, now the air was clear again. Everything felt lighter.

Have you ever noticed this? And did you ever feel the pressing air of the thunderstorm, weighing on your shoulders? Click here to contact me and share! 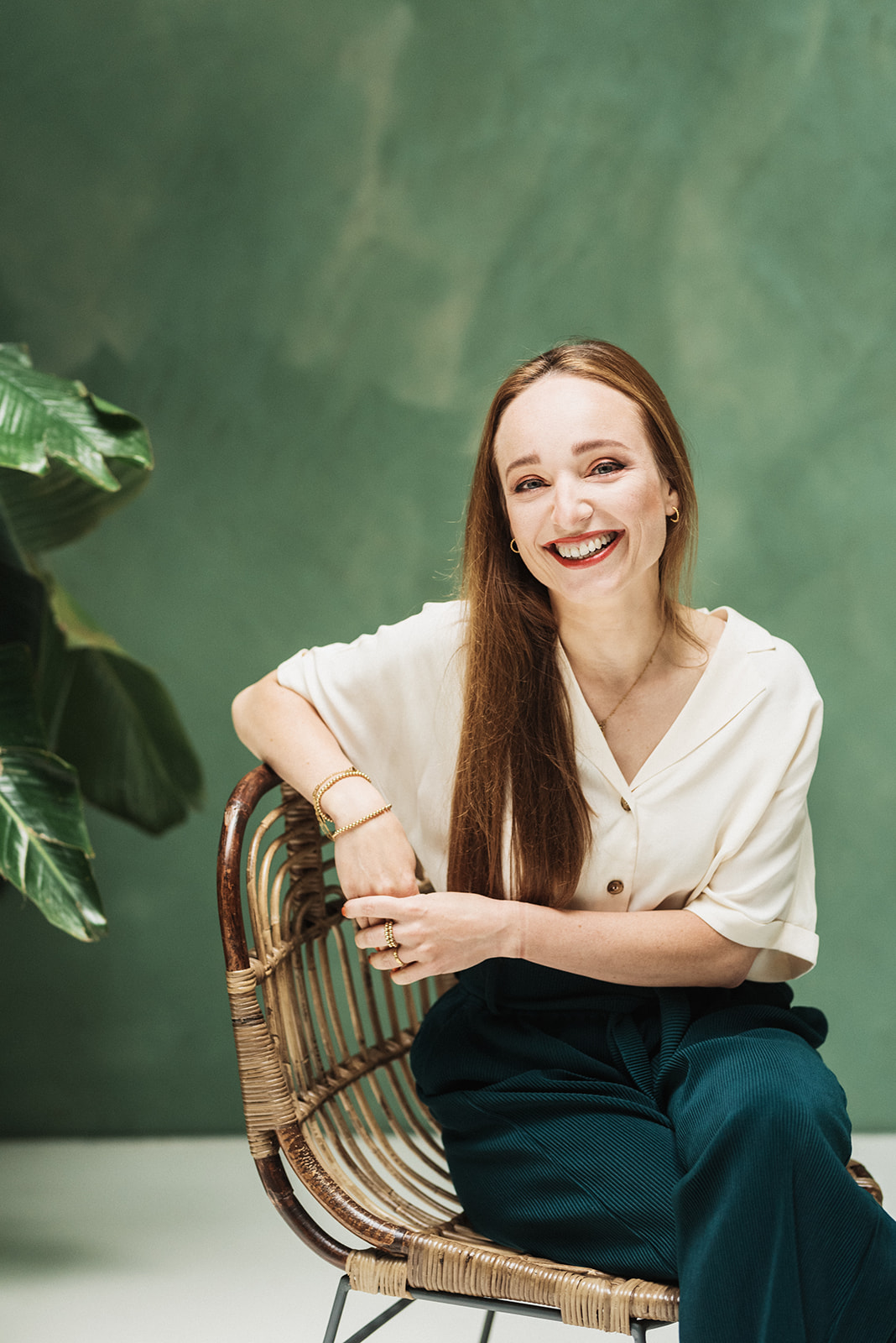 Do you want parenting support?

Hi! My name is Chris Muller, MSc, BTA. I am a psychologist, counselor in Transactional Analysis, Aware Parenting instructor (level 2) regional coordinator the Netherlands and mother. For 10 years I provide support to parents through training, the Aware Parenting Education and 1-on-1 guidance. With a lot of love I help you to treat children AND yourself with love and respect. It is my passion that you experience more joy and more connection with your child AND with yourself! X